You are here: Home / ADHD / ADHD: To Treat or Not to Treat
I make commissions for purchases made through links in this post. For more information please see our disclosures page.
Please share!

Welcome back to my series on ADHD Awareness — ADHD: To Treat or Not to Treat.  Today is the final installment in this series.

Today, we’ll be taking a look at the somewhat controversial treatment of ADHD — primarily the decision to use prescription medication.  It’s been my experience that there is more judgment in this area of ADHD than in any other.

Before I talk about my feelings about medication, I want to share with you how we came to even have Ben officially diagnosed and treated for ADHD, especially since I often hear statements such as, “I don’t want my child labeled.”

There seems to be a stigma out there with giving a diagnosis or name to this disorder, unlike other disorders such as diabetes or even autism. I’m not sure why this is. ADHD is a chemical imbalance in the brain. It is not a testament to poor parenting or an excuse for undesired behavior.

I am hopeful that after reading this series this week, parents of ADHD kids will feel more comfortable to call it what it is, and that those who have judged ADHD kids and their parents will have a greater understanding of this medical condition (and its tremendous gifts).

I shared earlier this week that my son exhibited symptoms as early as 3-years-old. But knowing that many little boys are super-active, impulsive and distracted, I did not rush him early on to a psychologist for testing. In fact, I never intended to have him officially diagnosed at all, or treated for that matter. By the time he was about 7-years-old, I was pretty convinced he had ADHD and had begun researching some natural options to help him with these issues.

We tried a few things — some supplements that were recommended, a modified Feingold diet, mostly eliminating all of the “artificial” stuff, as well as sugar. The only dietary thing I noticed was that, on occasion when Ben drank caffeine, he calmed down. I never saw any changes with the supplements or Feingold diet.

At this point, we were parenting Ben as though he was a typical child, not understanding some of the behavioral issues that go along with ADHD and the need for a different method of parenting. Our discipline was increasingly harsh. Ben was spanked multiple times a day, and often lost his favorite toys and privileges for days or weeks at a time. We were becoming increasingly frustrated with the lack of progress exhibited in his behavior. There simply was no consequence that effected change.

As is common in ADHD families, my husband did not understand him at all. Sometimes, neither did I. But as most moms do, I began really researching ADHD and the behavioral components. I was learning about typical behaviors and useful methods to help. My husband, however, had become convinced that Ben was just a bad kid and that homeschooling was doing nothing to help.

The day I made the appointment for Ben to be tested for ADHD was one in which I had become completely exasperated by both Ben’s seemingly worsening behavior as well as his father’s unwillingness to consider that more was going on than was obvious. It was my intention to prove to my husband that Ben wasn’t a bad kid, and I was not a bad mother. Nice, huh?

Anyway, Ben was tested, diagnosed as having moderate to severe ADHD and resulting anxiety, exhibiting all but one of the 21 major symptoms of ADHD. Medication, as well as behavioral therapy, was recommended. I ignored the medication recommendation for several weeks until I became so fearful that my husband and son would never have a normal, healthy father/son relationship that I could see no other option. There was a constant level of stress in our home, where yelling was frequent, and nothing was working.

Ben started Concerta, a long-acting form of ritalin, right around his 9th birthday. It helped immediately with his hyperactivity and focus, though he continued to struggle with impulsive behavior. We immediately began dealing with a few side effects, mostly related to his appetite and his sleep — 2 areas that were very frustrating for me. It was not unusual for him to still be awake at midnight or after, and getting him to eat at normal mealtimes most days was a challenge. Since we homeschool, gratefully, I was able to let him sleep later in the morning. I worried much more about his appetite.

After he had been taken Concerta for a little more than a year, we took a vacation. We had been struggling to get him to eat, and I knew he had lost some weight, but it wasn’t until I looked at our photos after we got home, that I saw how thin he had become. I was shocked and dismayed by this and immediately weened him off of the medication. 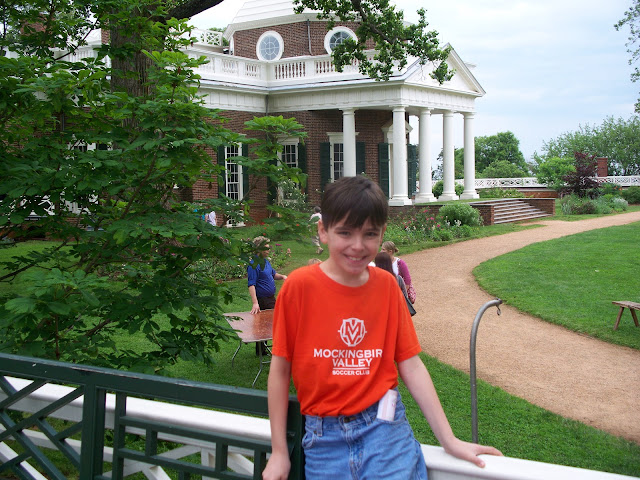 Ben remained medication-free for a year. I will admit that it was a very hard year. He struggled with everything — school work, peer relationships, and more importantly, we were back to square one with the conflicts between father and son. He did, however, gain 25 lbs during that year. 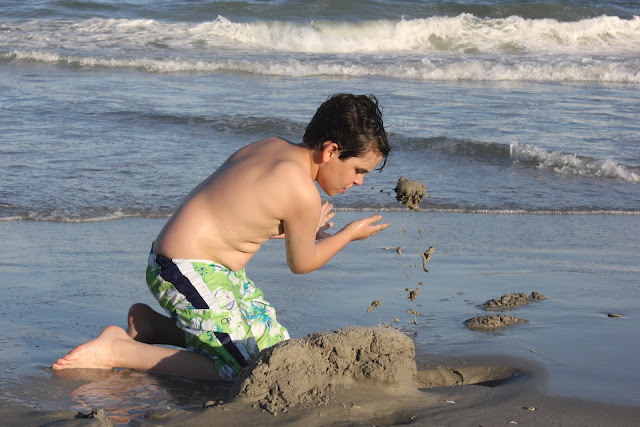 Ben started back on the Concerta a year ago. He has lost a bit of weight — about 7lbs. over the past year, but he is growing and thriving. I’ve learned some tips to help with bumping up his nutrition. I make sure he gets a good, protein-rich breakfast and then I allow him to eat as much as he wishes in the evenings when the anorexic affects of the medication wears off. This often means that he is snacking at 10 or 11pm. He basically eats very little during the day, but I do allow him to snack as desired.

He continues to struggle with sleep. It’s hard to know if the sleep issues are from the medication or ADHD itself. Even on days he doesn’t take the medication, he has trouble getting to sleep. We have used melatonin and magnesium with a modicum of success.

I believe Ben will be entering puberty in the next year, so for now the plan is to continue Concerta to get him through this period of transition and then to once again attempt to manage his symptoms without medication again. I give him frequent breaks from it now so that we can work on coping skills. It can be challenging, and the fact remains that he may require medication through his teen years, and even as an adult. While it’s not my preference, I do want to give him every opportunity for success that I can.

Whether or not a family chooses to medicate their ADHD child is a personal decision. There are some families who manage to do well with dietary changes and making adjustments in how they parent and homeschool, and are successful. Sometimes families choose not to use medication out of fear of the potential side effects. Some try medication with their kids and see side effects that are much more concerning that those we have dealt with. For some families, there seems to be an automatic aversion to medicating for ADHD for no reason at all — as though giving in to this form of treatment means they have failed as a parent. That’s how I began this journey — fearful that giving in to medication meant that I was not a good enough mom. I’m really glad I got over that.

I do want to take a moment to touch on one common myth about ADHD medication. I have been criticized more than once for setting Ben up for a life of “addiction” by medicating him. There seems to be an idea out there that using these medications creates a situation where these kids have an increased risk for addiction. While it is true that ADHD medications are stimulants (so is caffeine!), research has dispelled the myth that taking them leads to addiction. The fact is, ADHD kids who use these medications as prescribed are less likely to abuse alcohol and drugs. ADHD itself puts kids at risk for substance abuse as they get older, starting at about the age of 15. And adults who have untreated ADHD are at an increased risk — half of all adults with untreated ADHD will develop a substance use disorder at some point in their lives.

If you have a child with diagnosed or undiagnosed ADHD, please do your research before making final decisions about how to treat him. Please don’t make judgment without good solid evidence and information. The goal here is for our kids to be as successful as possible. ADHD is not about you as a parent. It’s about your struggling child.  And every child deserves the best we have to give.

Thank you for joining me this week in 5 Days of ADHD Awareness. I do believe I will add one more article to this series sharing some of my favorite books and online resources. Watch for that in the coming days.

If you found this article helpful, you might also enjoy ADHD: Focus vs. Hyper-Focus.