You are here: Home / Homeschool / Free Kindle Books: Kids Edition
I make commissions for purchases made through links in this post. For more information please see our disclosures page.
Please share!

Amazon frequently runs freebies on books for the Kindle, but did you know there are many, many books that are always free? I thought I’d share some of the free Kindle books we have collected over the years.

To read ebooks, I love my Kindle Paperwhite. We actually have this Kindle, too, and a Fire Tablet at our house. While I prefer reading books from my Paperwhite, I like that having eReaders and a Tablet allows us to both read and learn with apps.

If you don’t have a Kindle, no worries. You can download the Kindle apps for iOS, Android, PC or Mac.

This list in no way exhaustive, but it will get you well on your way to collecting classic children’s literature on your Kindle. If you’d like to learn how to find books that are free now and then, here’s a tutorial for you. 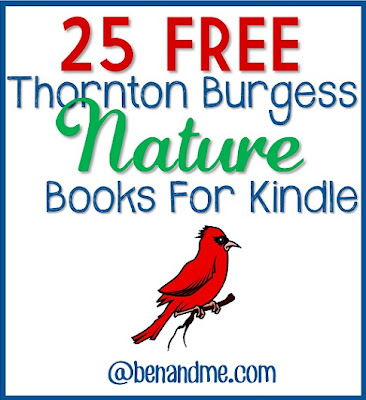 Teddy’s Button by Ami Le Feuvre
Probably Sons by Ami Le Feuvre
The Lamplighter by Maria S. Cummins
A Peep Behind the Scenes by O.F. Walton
The Jungle Book by Rudyard Kipling
Kipling Stories and Poems Every Child Should Know Book 2 by Rudyard Kipling
The Swiss Family Robinson by Johann David Wyss
Robinson Crusoe by Daniel Defoe
The Merry Adventures of Robin Hood by Howard Pyle
The Three Muskateers by Alexandre Dumas
King Arthur and His Knights by Sir James Knowles
Treasure Island by Robert Louis Stevenson
The Strange Case of Dr. Jekyll and Mr. Hyde by Robert Louis Stevenson
Frankenstein by Mary Shelley
Alice’s Adventures in Wonderland by Lewis Carroll
The Wonderful Wizard of Oz by L. Frank Baum
Little Women by Louisa May Alcott
Eight Cousins by Louisa May Alcott
Heidi by Johanna Spyri
The Adventures of Tom Sawyer by Mark Twain
The Adventures of Huckleberry Finn by Mark Twain
A Connecticut Yankee in King Arthur’s Court by Mark Twain
The Secret Garden by Frances Hodgson Burnett
Pollyanna by Eleanor H. Porter
Pollyanna Grows Up by Eleanor H. Porter
Wuthering Heights by Emily Bronte
Charles Dickens Children Stories by Charles Dickens
Oliver Twist by Charles Dickens
The Prince and the Pauper by Charles Dickens
The Railway Children by Edith Nesbit
Gulliver’s Travels by Jonathan Swift
The Wind in the Willows by Kenneth Grahame
Black Beauty by Anna Sewell
White Fang by Jack London
The Call of the Wild by Jack London
Moby Dick by Herman Melville
Twenty Thousand Leagues Under the Sea by Jules Verne
A Journey to the Centre of the Earth by Jules Verne
Around the World in 80 Days by Jules Verne
Ben Hur: A Tale of the Christ by Lewis Wallace 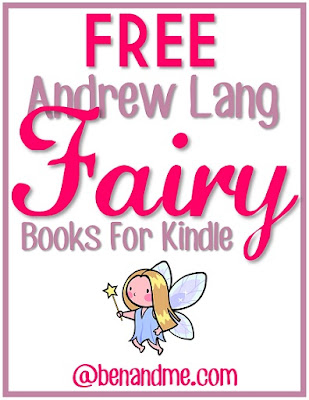 In Freedom’s Cause
The Cat of Bubastes
With Lee in Virginia
For the Temple
The Boy Knight
The Treasure of the Incas
A Knight of the White Cross
Wulf the Saxon
Beric the Briton
Winning His Spurs
True to the Old Flag
Forest and Frontiers
The Cornet of Horse
Friends, Though Divided
Through Russian Snows
The Young Carthaginian
The Lion of the North
The Bravest of the Brave
The Queen’s Cup
Jack Archer
At Agincourt
On the Pampas
Under Drake’s Flag
Captain Bayley’s Heir
A Final Reckoning
Held Fast for England
The Young Colonists
Maori and Settler
The Lion of Saint Mark
Colonel Thorndyke’s Secret
Among Malay Pirates
With Wolfe in Canada
In the Heart of the Rockies
Bonnie Prince Charlie
One of the 28th
When London Burned
With Moore at Corunna
With Buller in Natal
March to Magdala
The Curse of Carne’s Hold
St. Bartholomew’s Eve
The Golden Canyon
St. George for England
The Young Franc Tireurs and Their Adventures in the Franco-Prussian War
Through Three Campaigns
In Times of Peril
The Young Buglers
Rujub, the Juggler
At Aboukir and Acre
On the Irrawaddy
Condemned as a Nihilist
By Pike and Dyke
No Surrender!
By England’s Aid
A Chapter of Adventures
Under Wellington’s Command
A March on London
Through the Fray
Orange and Green
With Kitchener in the Soudan
The Dash for Khartoum
In the Irish Brigade
The Lost Heir
The Tiger of Mysore
By Right of Conquest
By England’s Aid
A Roving Commission
With Cochrane the Dauntless
With Frederick the Great
A Girl of the Commune
By Conduct and Courage
For Name and Fame
At the Point of the Bayonet
With Clive in India
Held Fast for England
Both Sides of the Border
Sturdy and Strong
Facing Death
The Dragon and the Raven
In the Reign of Terror

If you would like even more books for your Kindle, check out my list of 170+ Kindle Books for Homeschool Education.