You are here: Home / Bible / I is for Ill
I make commissions for purchases made through links in this post. For more information please see our disclosures page. 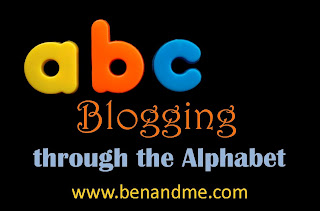 ILL n. Bad or evil, in a general sense; contrary to good, physical or moral; applied to things; evil; wicked; wrong; iniquitous; as, his ways are ill; he sets an ill example.
Usually, when we think of the word “ill” we think of physical health. Or lack thereof.
But that’s not what I want to talk about. I want to talk about the kind of ill that gets inside you and does real damage. The kind that hurts your heart, offends your sensibilities, and damages relationships.
It is the illness known as gossip.

Did you get that. The LORD hates it. HATES IT.
I have experience with gossip. From all sides.
In the past, I have been the offender. I have gossiped about people, spreading what I believed were truths, without really knowing the real truth. Not that it mattered whether or not it was true. Gossip is gossip, whether or not it’s true. It’s intent is not to heal, but to harm. It’s different than criticism. And it is ill — evil, wicked, contrary to good.

I have also been the recipient of gossip. Meaning that I have listened as someone else gossiped to me. Sometimes it’s presented with a disclaimer, “I probably shouldn’t tell you this, but . . . “
Trust me when I say this, if someone ever begins a sentence with, “I probably shouldn’t tell you this, but . . . ” then it’s pretty much a guarantee that they really shouldn’t and you need to stop them in their tracks. Listening to gossip is no different that spreading it your self. It is ill — evil, wicked, contrary to good.

And worst of all (for me, anyway) is when I have been the subject of gossip. We’ve all been there, right? I have felt that sting of finding out that untruths have been spoken about me, the heartache of knowing that someone I trusted betrayed me, and the anger that ensues when I realize there isn’t much I can do to fix it. It’s out there. Once the words are spoken, someone will believe them. And they can’t be taken back.
Ill — evil, wicked, contrary to good.

So what’s a girl to do when she finds out that she has been the subject of gossip? The instinct is to try to convince everyone possible that the gossip is untrue. The instinct is to fight back, to go to the person who gossiped about you and really let them have it. But we don’t need to do that. God has our backs . . .

You may feel that your reputation is tarnished and that you must change the opinions of those who have heard and believed the gossip, but it’s not under your control. All that really matters is that God understands the depths of our hearts. He knows when we have been wronged and He is there, advocating for us. Justice is His and righteousness is ours in His sight. He knows the truth and He will make the truth known.
But we must commit our ways to Him.