You are here: Home / Curriculum Reviews / Review: When I Grow Up, I Want To Be….. A Firefighter
I make commissions for purchases made through links in this post. For more information please see our disclosures page.
Please share! 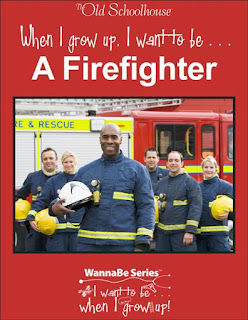 What little boy (and probably a few girls as well) doesn’t have a period of time in his young life during which he dreams of growing up to be a firefighter?  I remember Ben’s firefighting dreams began at about age 4 and lasted until maybe a year ago (when he decided he would be a veterinarian/astronaut!).  Even though becoming a firefighter is no longer his dream, Ben continues to be fascinated by fire engines, fire stations, and firefighters.  We visit our local fire station every October during Fire Prevention Week,  and to be perfectly honest, we’ve followed a few fire engines to see where the fire was!  We even had a birthday party at the fire house one year! 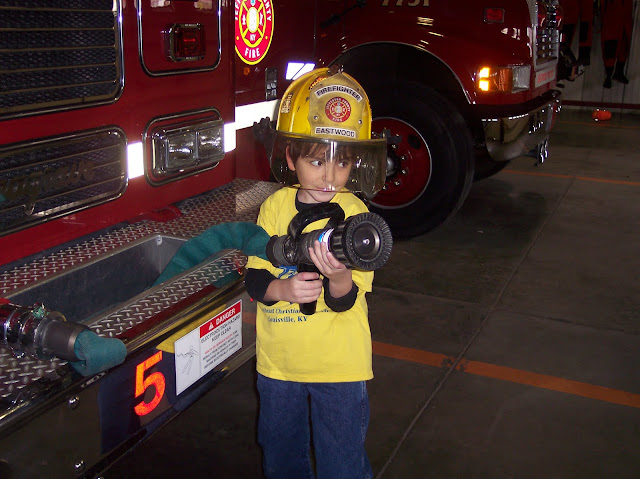 So imagine our excitement when we were afforded the opportunity to review a new unit study from Homeschool-Store.com,  entitled:  When I Grow Up, I Want To Be…..A Firefighter! This fun and engaging ebook is one of a series of  WannaBe unit studies which allow your children to learn the ins and outs of 10 different professions.

Immediately downloadable, the 80-page Firefighter ebook is jam-packed with information about this daring occupation and its heroes.  At first glance, you might think this is a series for younger children, but Ben (age 9) and I were both pleasantly surprised with the content.  In about a week’s time, your children will learn about:

This is a true unit study, with activities across the curriculum, including:  social studies, handwriting, math, science (build a robotic arm!), vocabulary, sign language, and memory verses.  There are also several suggested activities, such as practicing “stop, drop, and roll,” physical fitness and teamwork exercises, and making a fire engine out of a shoe box.  Ben will be working on the shoe box engine and robotic arm this weekend.  I’ll come back and add some pictures when he’s finished.

We filled our book basket with some of the suggested books, as well as a few other books and videos we found at the library. I think for younger children, in particular, you’ll want to take advantage of picture books.  This ebook is well-written from the viewpoint of an actual firefighter, but it lacks the colorful pictures that would keep a younger child interested.  Ben didn’t mind the format at all, and he did much of this unit independently, but he did enjoy being able to pull a few books from the book basket to learn more.   The weblinks provided were a huge hit with him as well. 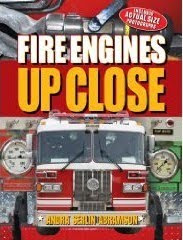 If you’d like to have a party to close out your unit study, there are directions to make a fire engine cake!  Of course, you’ll also want to call your local fire house and request a tour for your family.  Most are more than willing to have you there and do a great job of showing your children around the station.  Ours has let Ben crawl all over the fire engines, try on gear, walk through the living quarters, and spray a fire hose on many occasions!

This unit study is written for children ages 4-10, and easily adaptable for that entire range, but I would recommend it more for about ages 7 and up, with your younger children listening in with the older ones.  It’s also easily adapted for older children as well, especially if you allow them to explore all of the weblinks.

Ben is excited to learn more about the other professions offered in this series.   The store happens to also have an Veterinarian unit and a Pilot unit, which, of course, are just perfect him!   He also loves The Food Network, so I think the Chef ebook would also be a hit.  At $8.95 each, they are well worth the price.  Other ebooks in the series include:

I don’t hesitate to recommend this engaging unit study.  Your children will learn so much, and the entire family will enjoy participating in the fun! 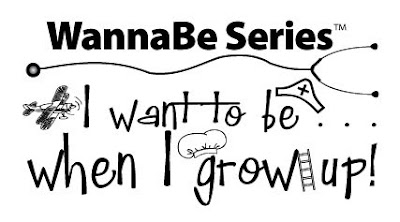 Disclaimer: As an applicant for the TOS Crew, I received this product, at no cost to me, in exchange for my honest review. All opinions are those of myself and/or my son.
Please share!

« Taking a little break….
Mom’s on the computer……where’s the boy? »