You are here: Home / App Reviews / App Review: Wonders of Old Ancient Timeline
I make commissions for purchases made through links in this post. For more information please see our disclosures page.
Please share! 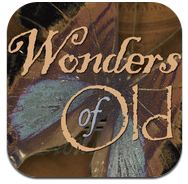 Wonders of Old Ancient Timeline app (iPad/iPhone/iPod Touch) is one of 4 history timeline apps from Knowledge Quest Maps, a popular map publishing company for homeschoolers, and iHomeEducator, a leader in the production of educational apps. This timeline runs from 5000 AD to 500 BC, offering 2 timelines (one more photo-intensive than the other), providing nuggets of history information with the slide and tap of your finger.

The app is easy to use and will compliment any Ancient History or Old Testament curriculum you may be using. The colors are vivid and all of the photos are great fun to look at!

When the app is opened, you’ll find an intuitive homepage. The timeline can be accessed in several different ways, as seen in the screen shot below. 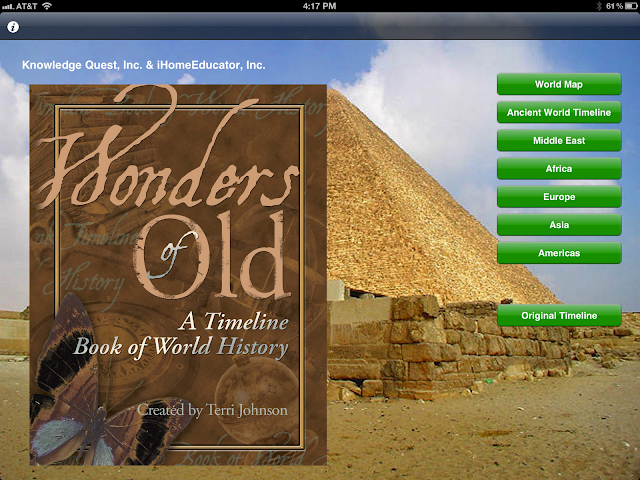 Tapping on the “Original Timeline” will yield the photo intensive timeline you see below. You can easily move along the time line by sliding your finger along the timeline. Apparently, this was the only option when this app was first released and the number of photos on the timeline caused memory issues. I didn’t have any issues like this and the visual learner in Ben (and me, actually) really enjoyed all of the photos. 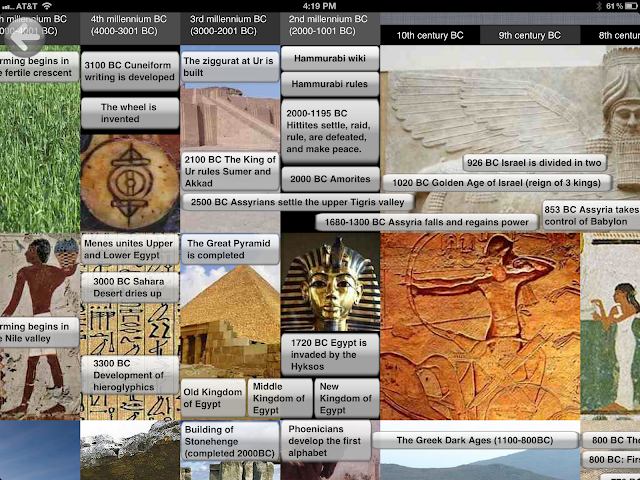 The updated option includes this timeline with all continents represented, but less photos. 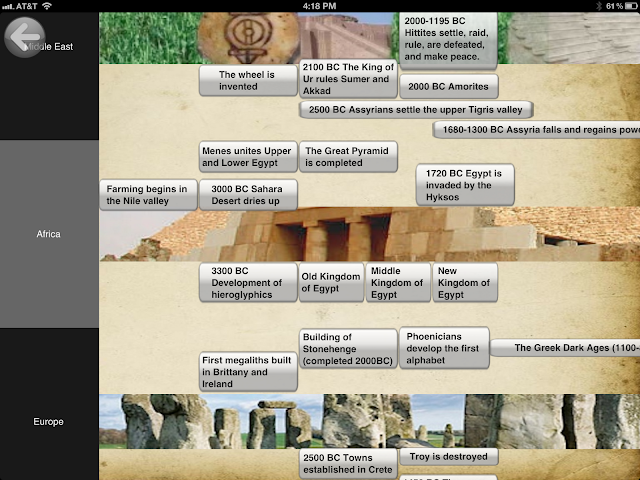 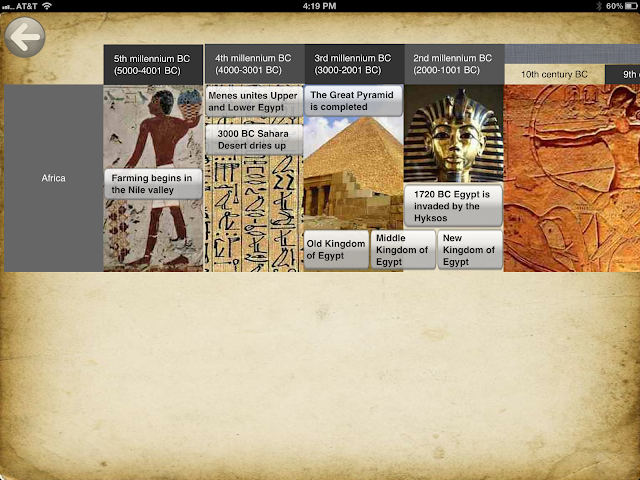 Once you’re moving along your timeline, whether it’s an individual country like below, or the entire timeline, represented above, you can tap on whatever interests you along the way for more information. Here, I tapped on “Great Pyramid is Completed.” 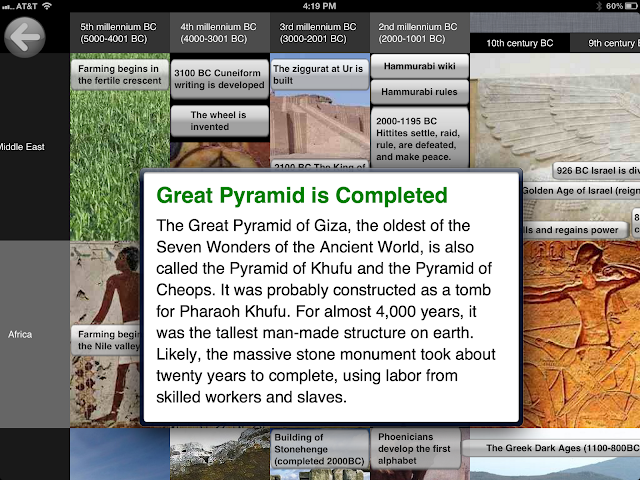 Ben and I have enjoyed playing with this app for the past couple of weeks. We will be studying ancient history during this upcoming school year, and look forward to incorporating it’s use into our homeschool.
I especially love the full timelines where you can see what was going on in different parts of the world at the same time. For example, you can’t see it in the photo above, but on the original timeline, you can see that during the life of Christ, the Great Wall of China was being built. Ben’s eyes lit up when he realized that.
We don’t have the wall space for a paper timeline. We have a notebook we keep, but it’s not as fun as this interactive app, where not only can we see what’s happening when and in relationship to what else, we can also learn more with a tap of the finger. You don’t get that in a wall timeline! Also, unlike the black and white paper cut-out figures in our notebook, the photos in the app make everything really come alive. The more we use this app, the more we love it.
The cost of this app (and the other 3 in the series) is $4.99. Considering I paid more than $100 for our timeline book and figures, I think that’s a great deal!
Download this app from iTunes.
Please share!