You are here: Home / Common Core / The Danger Within: Homeschooling and The Common Core
I make commissions for purchases made through links in this post. For more information please see our disclosures page. 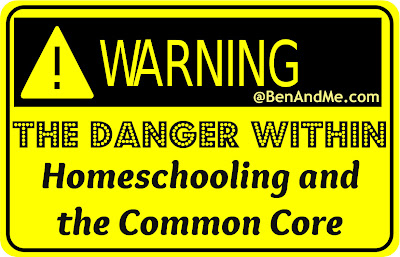 If you’re not familiar with Common Core, you need to be. It is a federal education program that the government is paying states to ‘voluntarily’ implement. Bankrupt state governments are readily adopting. It was not supposed to affect private and home schools – yeah, right.

Well, it already is as major home school curriculum companies are taking the unprecedented action of voluntarily aligning their materials with Common Core national standards. It is outrageous that they would voluntarily do such a thing . . . but, in the end, it’s all about money. Expect more to follow suit.

To define the word “common,” Webster uses the following words and phrases: equal, belonging to the public, general, universal, usual, ordinary, of no rank or superior excellence, prostitute, lewd.

He defines “core” as “the heart or inner part.”

One of his definitions of “standard” is bone-chilling: “That which is established by sovereign power as a rule or measure by which others are to be adjusted.”

The name alone should be a red flag. Is this the “standard” we want for the hearts of our unique and individual children?

What’s wrong with this?

>Common Core academic standards are not research-based or even benchmarked. In English, for example, classic literature is replaced by heavy informational and nonfiction reading because it is believed this will better prepare the student for college . . . even though there is no empirical research to support this notion.

>The action further abdicates parental and state (already ceded by parents) authority for educational decisions, willingly handing them off to the federal government. The farther away these decisions are from the student, the less liberty we have in our children’s education. The children are treated as mass herds rather than as individuals – more socialism. Government tools, “useful idiots” are the product. Think modern generations.

> “Voluntary” always transitions to “mandatory” or “all that is available”– we will lose truth as God-honoring subject matter will be replaced with materials that support the national standards . . . you can’t print everything AND factual history will be inconsistent with those standards. What do you think will end up in the trash?

>Education is the preferred method for a government to push an agenda. In our case, a God-less one that opposes parental rights, freedoms, and choice.

Please be in prayer that God will be merciful, not only in safeguarding our freedom to home educate, but that He will preserve/provide materials completely free of socialist thought. Perhaps we will revert back to using the Bible as our primary text once again. Perhaps this trouble began when we veered from that.
Remember why you abandoned institutionalized schools in the first place. Are you willing to substitute the building while keeping hold of the substandard, God-opposing socialist methods and materials?

For an action plan in your state and to learn more, refer to The Heritage Foundation: 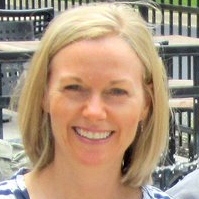 Valerie is a wife of 19 years; mom to 3 children, in whom she prays she is instilling a Biblical worldview; and a health educator with iJuicePlus.com. She has a passion for discipleship and fostering health of the body, mind, and soul for a life sold-out to Christ. While she served our country as a registered nurse in the Air Force/Reserve for 24 years, her eyes were not fully opened to the enemies of liberty until after retirement.
« Vocabulary with a Twist (Lone Star Learning Science Vocabulary Cards Review)
My Story (why I started juicing) »