You are here: Home / ABC Blogging / Unceasing (a study of the prefix un-)
I make commissions for purchases made through links in this post. For more information please see our disclosures page.
Please share!

I’m taking the month of September off from blogging (for the most part), so for the next 4 weeks, a few of my good friends, well-versed in word studies will be writing for the letters S, T, U, and V.

Don’t you have a great time breaking down words to better understand their meanings? Sure you do.

Isn’t that everyone’s favorite past time?

Actually, I enjoy doing it because it causes me to slow down, be mindful, and take in what the word has to say.

So, in grabbing the letter “U” for Marcy’s march through the alphabet, every word I pondered had that little prefix, “un” attached.  Why not study that?

Let’s start with Noah Webster, the guru of the 1828 Webster’s Dictionary. How awesome that he got a dictionary named after him? He might not be thrilled with his name being attached to a modern dictionary, so do some research on why you should own an 1828 here.

UN, a prefix or inseparable preposition, un or on, usually un an, is the same word as the Latin in. It is a particle of negation, giving to words to which it is prefixed, a negative signification. We use un or in indifferently for this purpose; and the tendency of modern usage is to prefer the use of in, in some words, where un was formerly used. Un admits of no change of n into l, m or r, as in does, in illuminate, immense, irresolute. It is prefixed generally to adjectives and participles, and almost at pleasure. In a few instances, it is prefixed to verbs, as in unbend, unbind, unharness. As the compounds formed with un are so common and so well known, the composition is not noticed under the several words. For the etymologies, see the simple words.

My eyes glossed over a bit there, so let’s paraphrase what Mr. Webster was trying to say. In a nutshell, “un” is applied to a word to take away from the base word. The lack of, or absence of quality of (the root word.) Bend, becomes unbendable.

But, but, but, but, but….. look at the part of Webster’s definition again…”It is prefixed to adjectives and participles, and almost at pleasure.”   At pleasure?  You don’t hear that assigned to grammar terms every day. Still, there is something about applying the “un” to those very attributes that describe the character of God that certainly do give us pleasure. And peace. And comfort. And grace.

And His love is unceasing.

Read that again. His love is unceasing.

So, wrapped up in a little study of the prefix, “un”, you can unwrap a powerful message from God the Father, He loves you, and he will never stop loving you.

His love is unceasing.

Write that down. Reflect on it every day. Begin a list describing what that knowledge does to your heart.

Share His unceasing love with others. What a great love it is! 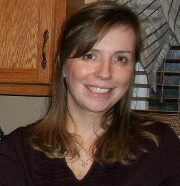 My name is Gina Glenn and my passion is helping other homeschooling mothers begin their own journey of re-education.  In our groups, fondly called Momschool, I work one-on-one with like-minded and like-hearted women who desire to teach their children in a comprehensive framework called…discipleship. I blog regularly at  http://acherishedkeeper.com
An InLinkz Link-up